Get Updates
1 Terminal Drive
Kenner, LA 70062
Get Directions
Back

| The New Terminal at New Orleans Airport to Open on Nov. 6 | 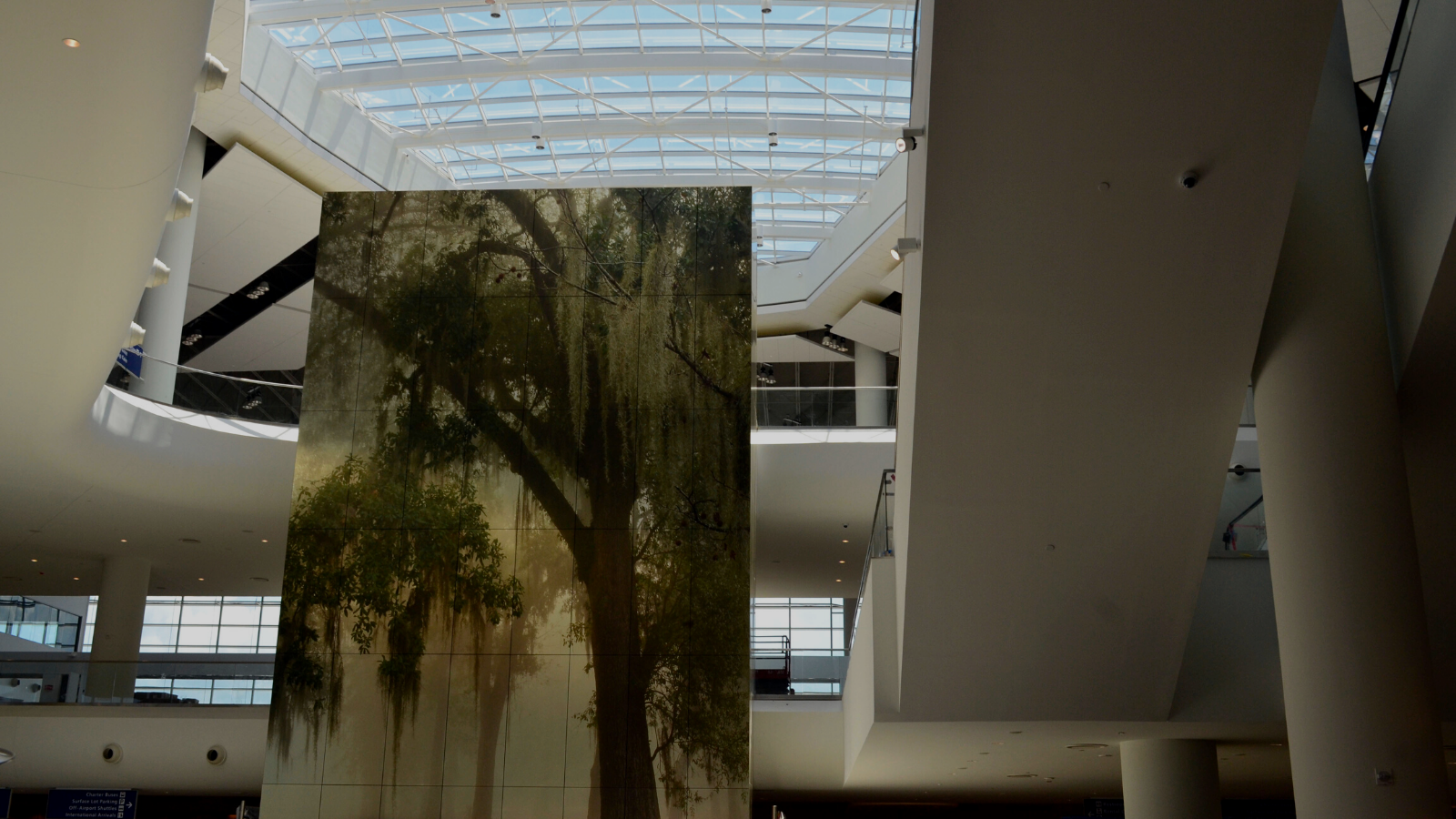 Individuals with travel scheduled on or after Nov. 6 are advised to take the necessary steps to prepare for arriving at or departing from a different terminal facility in a new location. Passengers should plan to arrive to the airport at least two hours ahead of their scheduled departure to allow enough time to check in, process through security and get to their gate.

"The opening of the new terminal at Louis Armstrong New Orleans International Airport is a major milestone for the City of New Orleans and for our region,” said New Orleans Mayor LaToya Cantrell. "The economy of the City is diversifying and thriving, and this new facility will accommodate the increased traffic being attracted to the area. The new airport terminal is the largest infrastructure project for New Orleans since the Superdome, and we look forward to providing our residents and visitors with a new and improved airport experience.”

"This will be an historic moment for the people of New Orleans and the entire gulf coast region. As the largest commercial airport in the state of Louisiana, we know this infrastructure investment will have a lasting impact in our community. I strongly believe the new MSY gives us all the best opportunity to compete in the global, 21st-century economy,” said Hon. Michael Bagneris, chair of the New Orleans Aviation Board.

"We are thrilled to announce the opening of the new terminal. With modern conveniences like a consolidated security checkpoint and an inline baggage screening system, the new facility will be a major improvement for travelers. When we open the doors, passengers will feel the spirit of the New Orleans region throughout the facility through the presence of local restaurants and shops that characterize our distinct culture,” said Kevin Dolliole, Director of Aviation for MSY.

Sign up to get updates about the new terminal from MSY.

Other amenities available at the new terminal include: Driving to the New Terminal

Once the terminal opens on Nov. 6, travelers will take a different route to access the airport. The new terminal is located in closer proximity to the region’s main thoroughfare, Interstate10 (I-10). Travelers will exit Loyola Drive from I-10, cross over Veterans Boulevard and proceed on the new dedicated Airport roadway. The State’s Department of Transportation and Development (DOTD) in close coordination with the City of Kenner recently completed improvements to the roadways to accommodate traffic flow through the Veterans/Loyola corridor.

From downtown New Orleans, take I-10 West and exit at Loyola Drive. Turn left at Loyola Drive and continue straight across Veterans Boulevard onto Terminal Drive, which is the Airport’s dedicated roadway system. From there, follow the signage to access the departures curb, arrivals curb, parking options, etc.

Arriving at the New Terminal

Once passengers arrive at the new terminal, they should follow signage to the designated area for transportation options such as personal vehicle pickups, taxis, rideshares, limos, and public transportation, as well as hotel, parking and rental car shuttles.

Travelers who departed from the existing airport terminal before the opening on Nov. 6 will arrive at the new terminal facility. Shuttles will be available to take passengers to the Former Short Term and Long Term Garages located on the south side.

Parking at the New Terminal

With over 8,000 spaces, there will be four different parking options to choose from and more than enough space to meet the airport’s parking demand for coming years.

The new Short Term Garage will feature 2,190 spaces as well as a walkway directly from the fourth level of the garage to the Ticketing and Check-in area on the third level of the terminal and ground level access to the Baggage Claim.

The new, 2,750-space Long Term Garage is located across from the arrivals area on the east side of the facility.

Another parking option adjacent to the terminal is a 685-space Surface Parking Lot, which offers convenient parking just a short walk away at a lower rate.

The garage that currently operates as the Long Term Garage at the existing terminal will become a remote 2,438-space Economy Garage with optimized shuttle service available to and from the new terminal.

The Louis Armstrong New Orleans International Airport has constructed a new terminal to better meet the needs of the traveling public now and into the future. The original terminal building was constructed in 1959, making it 60 years old. In addition to the challenges that arise from maintaining an aging building, airport security requirements and aviation industry best practices have changed drastically since that time.

To provide the most efficient and cost-effective facility the City desires, the Airport is replacing the existing terminal with a new, $1 billion terminal on the north side of airport property.

In August 2011, the New Orleans Aviation Board conducted an in-depth and robust analysis of the options for a new airport terminal facility. The analysis focused on: design, financial feasibility, environmental impact, and land use. A team of airport consultants evaluated four different alternatives – refurbishment of the existing terminal, expansion on the south side, a new terminal on the west side, and a new terminal on the north side. Each of these options would allow continued use of the current runways and would be located within the airport’s existing property footprint.

On April 17, 2013, the Airport announced its decision to move forward with a plan to construct a new terminal facility; the "Northside Alternative” was chosen as the most feasible option for a new terminal facility.
Construction of the new terminal began January 2016 by a joint venture of local and national construction companies, Hunt Gibbs Boh Metro. The project created thousands of new construction jobs and significant opportunities for local businesses and disadvantaged business enterprises (DBEs) in the region.

Commercial air service began in 1946 at the Airport when it was called "Moisant Field,” named for aviation pioneer John Bevins Moisant and formerly used as an air base during World War II.  In 1959, construction of a terminal building with two concourses was completed and dedicated.  The official name of the airport was changed in 1960 from Moisant Field to New Orleans International Airport, but its three letter airport identifier remained "MSY” for Moisant Stock Yards.  The original 1959 terminal is still in use. The concourses were built and reconstructed at various times over the past 40 years.

NOTE FOR MEDIA:
Interview opportunities will not be available until Thursday, Oct. 24. More details will be provided at a later date.


Stay in the Loop!